Cancellation up to 24 hours before game date

In 1972, the Catalan course hosted the start of the European Tour, today’s DP World Tour, with the Spanish Open, won by Antonio Garrido of Madrid, and will close the National Circuit 50th Anniversary PGA Spain Golf Tour 2022 in November

Many representatives of the history of Spanish golf will gather at the Golf de Pals course in Girona from 24 to 26 November for the Grand Final of the 50th Anniversary PGA Spain Golf Tour, the national circuit that this year has included almost a dozen tournaments spread over some of the peninsula’s best courses.

Golf de Pals has been the venue chosen to celebrate two very special dates - the 50th anniversary of the creation of the Spanish Association of Golf Professionals, this country’s oldest professional association, and the 50 years since that 1972 Spanish Open, which was won by the Madrid golfer Antonio Garrido, and that launched a wonderful adventure called the European Tour, known today as the DP World Tour, the European circuit that includes more than twenty countries and takes up almost every week in the calendar. A European Tour in which Seve Ballesteros, José María Olazábal, José María Cañizares, Pepín Ribero and Antonio Garrido himself have made history, and whose steps have been followed by Sergio García, Jon Rahm, Pablo Larrazábal, etc., as well as many more Spanish players who have also distinguished these five decades of the Spanish PGA.

Golf de Pals President Baltasar Parera Coll was thrilled to recall that in those days he was a young member of the Golf Club’s Board of Directors, which was then presided by Santiago Fisas Mulleras. Golf de Pals — designed by the renowned architect F.H. Fawtree and inaugurated in 1966 — had been built by his parents Baltasar Parera Vilar and Rosa Coll Llach on family land where they were able to build one thousand homes. In 1972, it had only had the regulation 18 holes for a couple of years, so getting the course ready to hold the Spanish Open was a huge effort.

Finally, although the Tramuntana wind made the odd appearance during the tournament, the competition was a success, including the Pro-Am, in which the professionals were allocated to the teams by means of an auction system.

From that time until the present day, the activities of Golf de Pals — which are year-round — have represented an important driving force for the economy of the entire Empordà region, bringing many establishments to life in the area and promoting year-round, quality – in other words sustainable - tourism.

Ander Martínez, President of the Spanish PGA says, “It’s exciting to share our 50-year history, a very special year, with the history of Golf de Pals. It’s a spectacular course which challenges professional players in a wonderful way. The PGA will always be very grateful for the efforts of the Parera family and for all the enthusiasm with which they’ve accepted being the venue of the Grand Final of our circuit, in a year that’s so significant for both institutions. The course is a gem, a magical place which I’m sure will thrill everyone”. 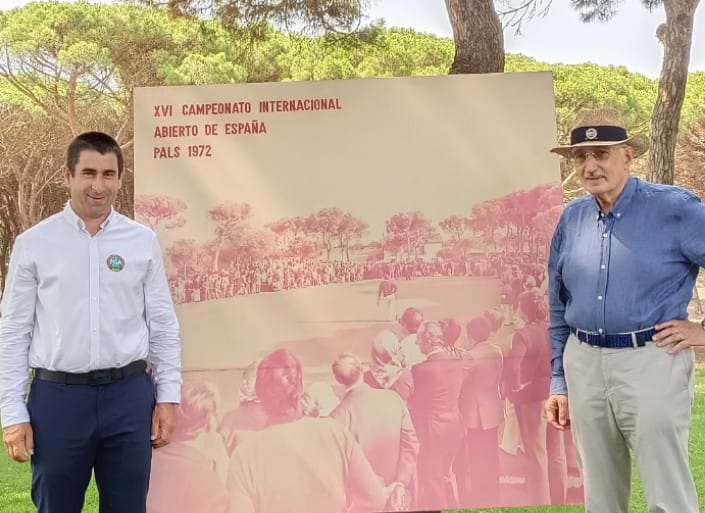 15.11.2021 For the development of more sustainable lawn management bio-strategies and reduction of the use of phytosanitary products

18.05.2021 Acknowledgment as pioneers of tourism in the area

Play one week without limits!